In honor of Veteran’s Day this month, Valley Fire would like to recognize Wounded Warrior Lance CPL Kyle Moser of Oswego, IL.

Lance CPL Moser endured multiple injuries in Afghanistan, exactly one year ago, while on patrols. He was first injured in early November 2011, while riding in a tank as a turret gunner when an Improvised Explosive Device (IED) exploded. He suffered a few bone fractures and a minor concussion, but he went back to work as soon as he was healed.

On his first mission after that injury, another IED went off and caused Lance CPL Moser to lose both of his legs and part of his right hand. Since then he has had multiple surgeries and has received two Purple Hearts.

Earlier this year on March 18th, 2012, Valley Fire sponsored a bowling fundraiser at Parkside Lanes in Aurora for Lance CPL Moser and his family, raising around $25,000. Thank you for all that you have done for this country and we wish you the best of luck during your brave recovery! We salute you Lance CPL Moser!

It was an honor to participate in the Wounded Warrior Project! 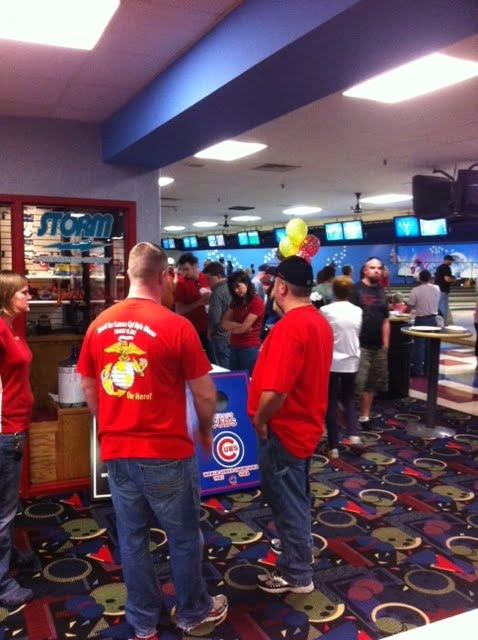