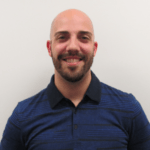 Fire sprinkler heads are the components of the fire sprinkler system that water discharges from in a fire event. It has several components making it a complex piece of such an important system. The deflector on a sprinkler head comes in many variations that serve different purposes. Next, there is a fusible element and/or a thermally activated bulb. This component holds the water back until the temperature from a fire causes them to break, allowing the pipe cap to be pushed out of the way from the pressurized water or air in the system piping. Another factor contributing to the design and functionality of a fire sprinkler is the size of the orifice. This is referred to as the sprinkler’s K-factor and can alter how much water the sprinkler head discharges. It is tied to the hydraulics and design of a system and can have varying impacts on its overall effectiveness. Here are a few types of fire sprinkler heads.

Pendant fire sprinkler heads are the most common variety and is likely what you think of when it comes to fire sprinklers. These have a deflector plate that descends from the ceiling. In the middle of the sprinkler head, there is a heat-sensitive element that activates the sprinkler system. They work by reacting when the area reaches a specific temperature. Sometimes it is a metal alloy that melts, other times, it is a glass bulb of colored liquid that expands and bursts. These heads come with different heat ratings and will react with different temperatures depending on what you need. If you work in an industry that uses a lot of heat, a professional may recommend you use a higher temperature rating.

Sidewall fire sprinkler heads protrude from the wall instead of the ceiling. Sometimes, areas require a sidewall where ceiling piping is not available, or areas above ceilings are not tempered. They are also best for more confined spaces, like hallways or areas that obstruct a ceiling sprinkler head. The deflectors on these heads look different than your typical ceiling sprinkler head because they direct water down and out instead of spraying water downward from the ceiling. This leads to an important note! Sprinklers are placed to achieve floor coverage.

Upright fire sprinkler heads are as it sounds, they spray water upwards onto a deflector. This sprinkler head creates a dome-shaped spray pattern. These are mostly used in industrial buildings or buildings with a high open ceiling. They are good for areas where storage or other obstructions may interfere with the flow of a more stringent sprinkler head such as an ESFR.

A dry sprinkler system is filled with a pressurized gas which keeps the water out of a system until a fire activates the head. When the dry sprinkler head is activated, the gas is released, and water can then flow through the system and out of the sprinkler head. These are used in areas that can reach below 40 degrees Fahrenheit and are prone to freezing. A frozen fire sprinkler line will likely burst after it thaws because the water expanded when it froze.

By: Matt Clegg
As an executive at Valley Fire Protection, Matt’s desire is to provide the best fire protection and engineering experience for Valley Fire customers. By thinking outside the box, and by educating and equipping clients with the information they need to help them properly protect their buildings, Matt and his team have contributed to a long list of successful projects.